There are many blessings to painting in Northeastern NC.  There is a big sky over sandy soil and vibrant water, and all of these things play with the light. There is a noble–and quirky–built environment, rich in handwork.  And there are people, both resident and visiting, who value these things. 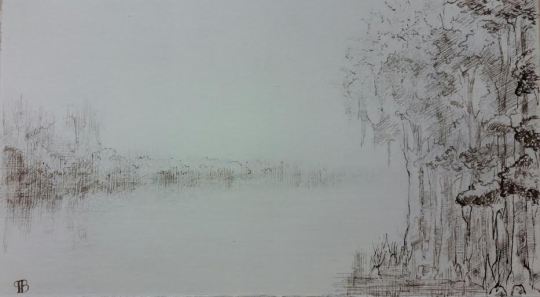 And thanks, too, to those who brought me vulture quills from St. Paul’s churchyard while I was painting there.

That’s the title of my new show going up Friday, January 5 at Arts of the Albemarle:

View 20 paintings and drawings featuring the North Carolina landscape in all weathers. 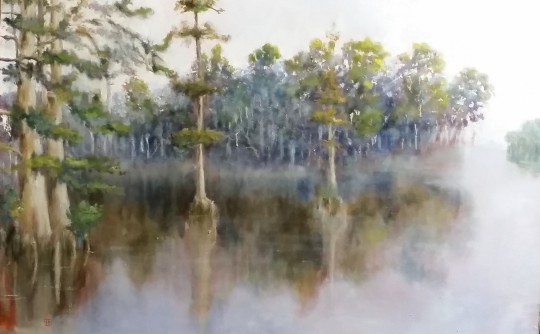 Change at a break-neck pace.

In Pasquotank County, they’re getting a wind farm.  In Perquimans County, I heard they changed the name of Hog Alley to something-or-other Road, and they even paved it over: “I mean, you wouldn’t know it to look at it.”

Across the river in Bertie County, they still operate a cable ferry between Sans Souci and Woodard, although “they” aren’t who you think they are.  “They” in this case is not the ferry authority, but another part of the Department of Transportation that runs inland ferries. 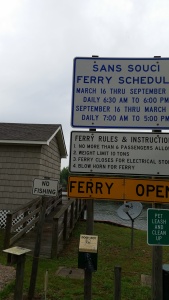 One of the last two cable ferries in North Carolina. The other is here.

In small communities, or even suburbs without a dense urban plant, “they” are busy people.  People whose actions you see but whose faces you don’t.  That’s why “they” seldom earn our trust.

That said, I confess to a certain fondness for “them,” provided they leave things behind.  Children’s building-block edifices are charming; in a more solemn but no less poignant way are the remains of the dead, left where they did the work that sustained them.  Like these houses: 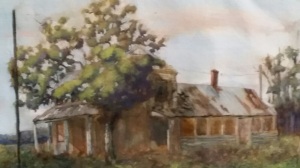 Even the gratuitous hand-work is telling.  Like the “V” for the more usual “U” in the Perquimans County High School facade. Someone made that decision about lettering to give an air of Latinate dignity to poor students in an overlooked part of the world.  It was put there before someone decided to abandon the world of learning and human children and masonry for that of information, human resources, and trailers.

Oils, pastels, and two kinds of drawings. Click here to view and purchase. Thanks to Meda and her relations for graciously sharing these views.

When most people think of countryside, they think of wilderness because it offers an escape from suburban sprawl.  Somewhere in the American landscape there remains a wilderness for us if we could but outrun the tacky sameness that our cities disgorge.

There is, though, another countryside, just as rare, and far more overlooked.  It is composed of small-holdings, and it is vanishing.  Before the Wild West, there was the West of Thomas Jefferson’s America, which began at the Eastern Continental Divide.  The farms founded before industry changed the scale of agriculture were incredibly diverse places.  Here is one such:

Pastures and oaks at the Coggins Farm

In practice, each farm was like a little world, producing meat, dairy, plants, and fuel, as well as harboring fish, game, honey, stone and wild fowl.

I was lucky enough to spend the day painting at the Coggins Farm east of Asheville, NC. Not currently productive, the place is currently the center of local controversy over its future.  You can read about it here, on the website of an enterprise to reconnect the land to its original developer’s purpose of long-term provision.

Taking advantage of the view above.

It’s a treat to stand where such a variety of work was once done by hand.

The bottom half on an oil painting. This is wet oil paint on paper treated with natural gesso, photographed in the shade.

The nineteenth-century farmhouse in this picture fell down, but not before I had made several studies of it.

I anticipate making several more paintings of this scene before exhaust it.

“The Pathless Woods,” the show of animal studies and landscapes to benefit The Asheville Humane Society, is now online.  I’m gratified to see my work next to that of some fine painters. You can view the show here:

Thanks to some top-notch initiative at Riverlink and among the contributing artists, we’re doing it again; this year the show will be at the same location overlooking the French Broad River in Asheville.  Dates are Thursday, Oct. 22 through Sunday, Oct. 25. The opening will be a ticketed affair, with catering, music and a showing of river artefacts.

Mill Shoals on the French Broad River, in Transylvania County, NC, near the river’s rise.

The show’s website features bios on contributing artists and a blog with news of their exploits.  The French Broad has many moods and promises another year of beauty. It’s cold in the mountains of North Carolina and lazy in the foothills of Tennessee.  It has witnessed boom and bust flows past real estate booms and ghost towns.  It has been victim to ecological defilement and nursery for rebirth. Check the show’s blog for scenery and story, and see the show in October.  And if you buy a painting of the French Broad featured on this site, I’ll give a third of the price to Riverlink, the non-profit that has done so much to nurture the river that makes the region.  Just use the Contact link for a quote; price includes framing and shipping.

The French Broad widening out in Tennessee, just above the town of Leadvale.

The show had a happy and buzzing opening night at the Chowan Arts Council, whose volunteers pulled long hours hanging art and laying out a spread of refreshments.  People from four counties, two states and three generations enjoyed themselves, which pleased me.  Two people told me how the scene below resembled places they know.  Then they told me about the people, alive as well as dead and buried, in their own places. 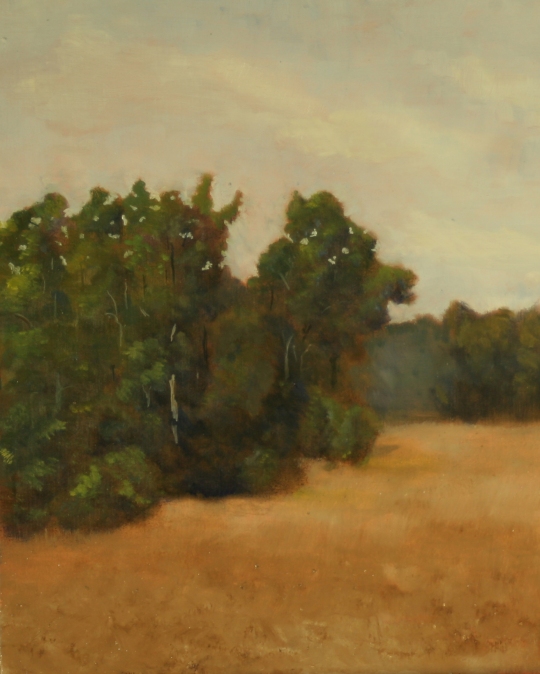 The last time I counted, Gates County, NC has five stop lights.  It might have six now, but I wouldn’t know because I’m happy with that number.

This scene is not far from the Dismal Swamp, featured in my last post and offers a different sense of lush potential.  This is a field resting between crops when the trees are green.  The ground is not finished–just taking a breather.  Look at those leaves, and you can hear the earth boast, “see what I can do.”

Civilization depends upon this sort of readiness.  How we meet it is important.  When I was a child, fields like this were visited every week or so by the poor, who were paid at the end of the day to tend them.  Even then, their jobs were losing out to machines.

Currently, there is a conspicuous absence of people outdoors here.  I painted this scene in July, and drove by it again just this November.  There were more people visible in November.  Even the autumnal head count is down as deer hunting with packs of dogs–a social activity-has given way to sitting alone in a tree stand and waiting for the quarry to walk by.  I don’t know what that means, but it merits reflection.

This is The Great Dismal Swamp.